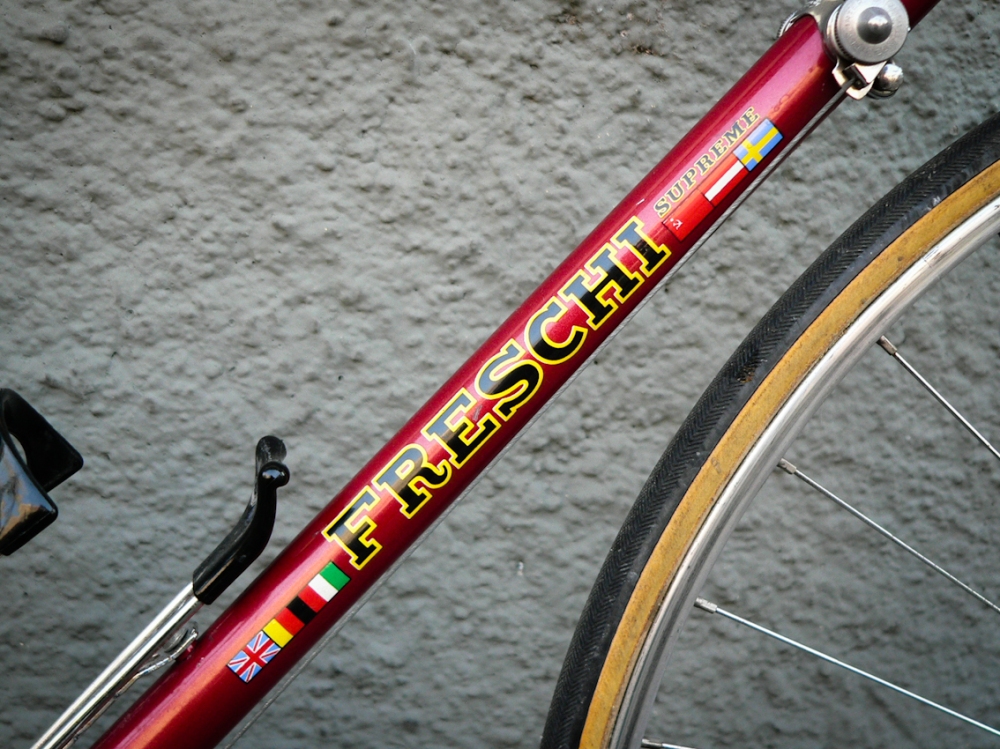 one of our best supporters recently came out with this very nice freschi bike. there are lots of stories about mr Freschi but nothing was as clear as the one told us by Lorenzo, the owner of this bike. he is a great bike expert and it’s always a pleasure to have a chat with him, he’s picky and curious just as we are. so for me the best thing to do was to report exactly what he wrote me. I hope you will enjoyed as we did.

“Freschi workshop was in Procaccini street at the corner with Gramsci square (in Milan) where you can still find a bike shop owned by a crazy guy, but I have no idea about the relationship of this man with Freschi. All the bikes were signed by Francesco Freschi, I think he was the father but all around in the internet (classicrendezvous included) is known as Emiliano. 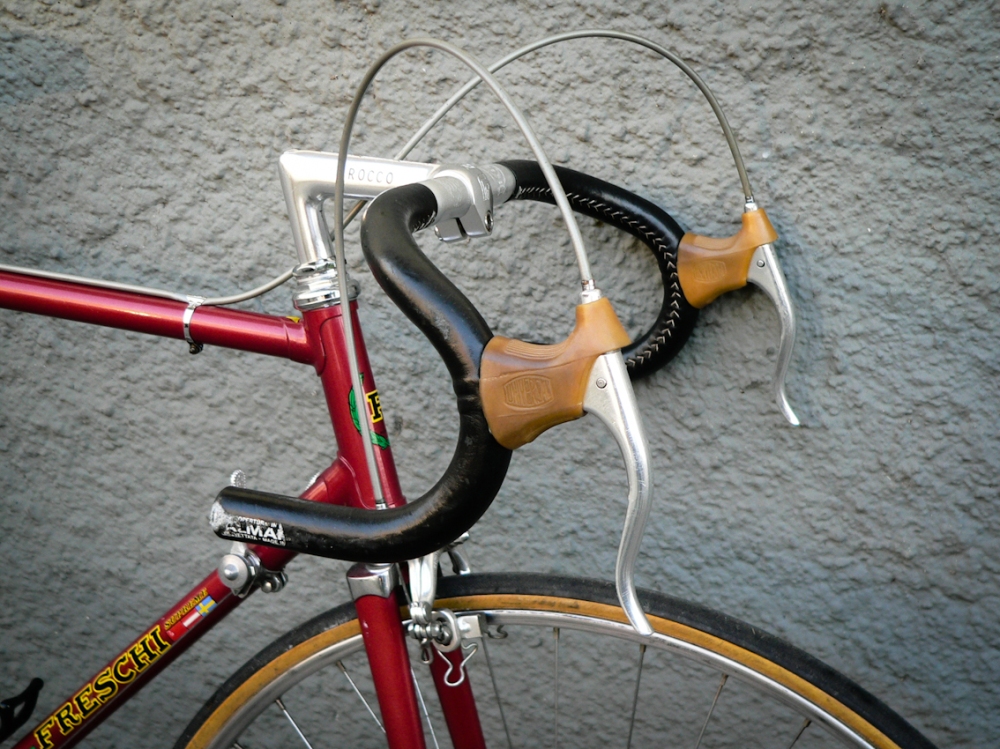 This frame was made for a guy who barely used it, on the stem there is engraved his name Rocco Ottorino. I bought the bike from the husband of his daughter. My bike is from the end of the 70’s. Frame is well done but all the parts are medium range, Frschi used to equip his best works with Super Record group while mine is equipped with Campagnolo Gran Sport and Gipiemme crankset.

shortly after my bike was made Freschi changed graphics, usually the bikes you can find on the internet are with the new one. there are many rumors about Freschi being the foreman in Pogliaghi’s workshop but in a Velobase page I found some info saying he was not. what is sure is that Freschi builded refined frames with all his tricks for the gear wires and the supports at forks back increasing frame’s stiffness. He also was one of the few builder making real tourism frames with stretched out geometries and carriers support.”
A week after we had this discussion Lorenzo sent me an email with a page from Freschi USA catalog. It is probably the clue we were looking for or maybe another mystification coming from the net, who knows? the only thing we know is that all the Freschi bicycle we saw where great examples of craftsmanship and that we definitely like them.

our brave Lorenzo protecting his identity